Entertainment That Lives Forever: The Joy of Watching Reruns

In 1927 entertainment changed forever when the magic of television came into our homes. Television showed us situations in the world, experiences could only imagine, and reflected our lives, and the lives of others, back to us. We were hooked.

The Nightly News with Walter Cronkite, once named the “most trusted man in America,” shepherded us through a few decades alongside a growing catalog of television shows that entertained while illustrating the shifting cultural values of the eras. By 1960 most homes owned a TV set. One television set where the family gathered. Television was the centerpiece of the home and with only three channels in the 1960’s, it helped to galvanize the nation during nationally important events, and to bring us together as friends and families watched and enjoyed all that was new and exciting. 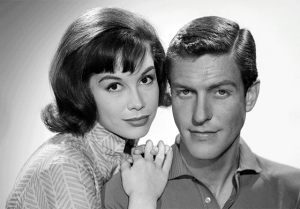 While the sixties were a tumultuous time compared with the fairy tale 1950’s when America, and the world were enjoying post war peace, prosperity, and the power of the industrial revolution, the sixties also brought a sexual revolution, the voices chanting for peace and love, and television began to finally portray women in emerging roles. Women of the sixties began to eschew the female roles portrayed on The Dick Van Dyke Show and Ozzie and Harriet where the father arrived home after a fulfilling day at the office, to clean and well-behaved children, and a stunningly attired wife offering a just prepared gourmet meal, and perhaps a martini.

Hit shows of the 1960’s still dealt with moral, legal, and family issues but Marlo Thomas gave young girls a role model in That Girl, showing a young woman, an aspiring actress, living on her own in New York City. Then in 1968, the hit show Julia broke even more barriers. The late, great Diahann Carroll starred as Julia Baker, a black, widowed single mother working as a nurse. When her husband is killed in Vietnam, she is left to raise her son alone. Critics, for lack of a male father figure, attacked the show, but the lovely actress charmed viewers as she navigated a new life, and suitors, played by renown black actors, Paul Winfield and Fred Williamson.

The Andy Griffith Show and Bonanza were a world where life lessons were learned in the most loving way possible. Fantasy shows like My Favorite Martian, I Dream of Jeanie, Bewitched, and the venerable Star Trek were entertainment from other worlds. Mission Impossible, The Saint, The Avengers, Perry Mason, Gunsmoke, and others fought crime, and won, in the most delightful and entertaining ways.

By the 1970’s, the Hayes Code, which regulated and censored the content of films and television, had been abandoned. The Beatles breakup, Elvis is found dead, and The Pentagon Papers are published. As life does, television also begins to get a bit grittier. The most notable sitcom of the era was All in the Family, created by Norman Lear.

Other programs that also showed families in less traditional roles include One Day at Time, with a single parent raising her girls, The Brady Bunch depicting a combined family, and Good Times, one of the first all-black sitcoms. Following a working class Black family in Chicago’s Cabrini-Green, Good Times provided Christian influences and family themed entertainment as it traced the adventures of the Evans’s; however, it didn’t shy away from the realism of life in the projects.

In spite of its lighthearted nature, Good Times would lay the groundwork for more progressive and inclusive storytelling to come. Esther Rolle, as Florida Evans, in many ways added to the strong-willed, matriarchal roles that Florence Henderson and Shirley Jones brought to The Brady Bunch and The Partridge Family, respectively. In particular, Good Times dealt with important personal issues such as child abuse, child neglect, privacy rights, and those who struggle financially.

In 1972, Sanford & Son warmed everyone’s heart with master comedian Redd Foxx in the lead role. It was just pure fun every time he clutched his chest and said, “Elizabeth, I’m coming,” feigning a heart attack to manipulate his son and family members. A few years later in 1975, The Jefferson’s spun off of All in the Family and it showed the world how capitalism benefits those of any race. The Jefferson’s built up a chain of dry cleaning stores and moved, away from Archie Bunker, up to a high-rise apartment on the east side of Manhattan. The pioneering program demonstrated relationships with quirky, but lovable, white neighbors, including a bi-racial couple, whose beautiful daughter the Jefferson’s son eventually marries.

While most sitcom center around family life, M*A*S*H dealt humorously with the not-so-humorous Korean War. The show was loosely based on the novel, first a movie, by Richard Hooker, who was actually an Army surgeon assigned to the 8055 Mobile Surgical Army Hospital in South Korea. The long running show is classified as a dark comedy, or ‘dramedy,’ and portrayed hijinks and caring for each other that the staff relied upon to endure the horrors of the war around them. Meanwhile, more non-traditional roles were seen in hits like The Odd Couple, which hilariously entertained with the antics of two middle-aged, divorced men, with diametrically opposed personal habits, sharing a New York apartment.

in the late 1970’s, a rags-to-riches story of adoption was brought to life with Diff’rent Strokes. Keeping a promise to his dying housekeeper, a single white man legally adopts two African-American siblings. The late Gary Coleman starred, and frankly, stole the show with his delightful chubby cheek character, who popularized the catchphrase “Wha’choo talkin’ bout, Willis?”

Charlie’s Angels, Wonder Woman, Three’s Company, and The Bionic Woman showed us that women could be as capable as men, all while displaying a bold sexuality to boot. While this programming appealed greatly to male audiences, as well as to women, it was termed “jiggle” TV by NBC executive Paul Klein to criticize ABC television’s programming strategy. Charlie’s Angels pilot first aired in 1976, and the show followed three femme fatale styled police academy graduates working as private detectives, battling crime in Los Angeles. Kate Jackson, Farrah Fawcett, and Jaclyn Smith formed the bombshell trio, their skills matched only by their obvious femininity. To this day, the show continues to reign as a crown jewel among pop culture due to its brazen sexuality, glamorized action sequences, and gender role reversal.

The fabulous 80’s, to borrow a line from Jimmy Buffett, were adventurous times. Sally Ride was the first woman in space, Apple released the first computer, and Nintendo gave the world a hand-held Game Boy. Life was good watching Magnum P.I., Cheers, Murphy Brown, The Golden Girls and A Different World. Let’s not forget MacGyver, who wowed us with his genius ability to improvise his way out of life and death situations by using whatever he had at his disposal, such as a blood pressure pump and an alarm clock to build a lie detector, and egg whites to seal a leaking radiator! Additionally, action packed procedural police dramas like Miami Vice, Knight Rider and Remington Steele piqued our interest in fashion and technology, while prime time soap operas, Dallas and Dynasty, featured the trappings of wealth, intimate family scandals, and unbelievable corruption in business. Talk about drama!

By the 1990s, TV shows like Seinfeld, Friends, Frasier, Law & Order, Home Improvement, Living Single, and Fresh Prince of Bel Air took over the airwaves. The relationships explored on Friends, Frasier, Living Single, Seinfeld and other ensemble cast programs made for relatable programming. The pleasant, simple plots that showed the every day trials and tribulations of work and personal relationships were relevant and endearing. Law & Order, meanwhile, offered two-part approach episodes — a crime is investigated, and suspect apprehended, during the first half hour, and then the defendant is prosecuted during the second half hour. Not only did the show air for 20 seasons, but it also launched the Law & Order franchise, which has produced a handful of series to date, with even more in the works.

Although we may look forward to the future of television and what it will bring, streaming services like Antenna TV, Hulu, Amazon, Netflix, Me TV and others, allow us to access a treasure trove of TV shows from the past. Much like slipping into a favorite pair of well-worn jeans, reruns transport us back to where we’ve once been, allowing us to drop in whenever we like to spend time with characters who bring us joy and laughter, and to see how they cope with life predicaments, so that we too might find ways to handle the ups and downs of our life and times. Each television decade brings to life situations and events that reflect the societal patterns of our culture in fashion, friendships, fidelity, our dreams, and even our fears. At the end of a long day, a trip to a comfortable place, with characters you know well, provides a gentle escape and brings back fond memories of days gone by. It’s a bit of a time machine, and a bit of instant comfort in which anyone can participate. Reruns say to us, “Welcome back, we’ve missed you. We’re glad you’re here.” We endlessly watch because we are drawn to things we know and love. The familiarity of enjoying a form of entertainment over again can be, quite literally, addictive.

While the Hills, Views & Valleys website is available for everyone to enjoy regardless of location, premium content of ours is also available in print

Welcome to the first edition of Hills Views & Valleys, a new magazine tailored to provide readers in the Los Angeles area a carefully selected 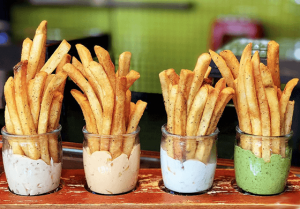 The fried food phenomenon has perhaps been this decade’s largest culinary trend, making the leap from state fairs to fancy restaurants. From fried desserts to 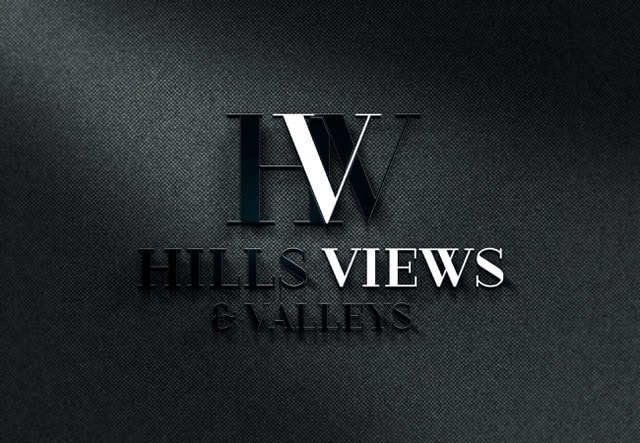 Entertainment That Lives Forever: The Joy of Watching Reruns

The Many Paths to Meditation